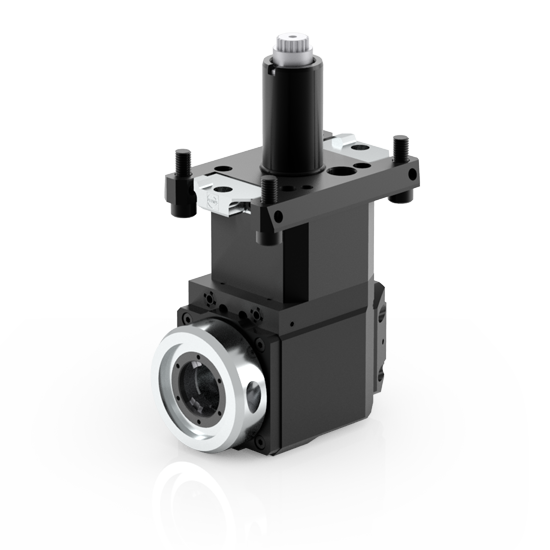 The best of both worlds!

Insufficient stability was a fact increasingly associated with the VDI system in recent years. As a result, block tools were preferred more often, although the VDI tools still offer greater diversity and flexibility.

So the next step appeared obvious: combining the best of both systems. In cooperation with DMG, we developed the EWS ProLine system in order to fully utilize the potential of new lathes. While EWS ProLine features a conventional VDI shank, it can be optionally mounted to the turret using four screws.

For instance, the flexibility of the VDI system can be utilised for lighter machining, and the stability properties of block tools can be utilised for heavy cutting. The angular position of the radial tools is ensured through the Trifix®, the alignment system.

On a Gildemeister CTX Beta 1250 4A, two surfaces were milled at the same time in 16MnCr5 steel using two 80 mm-diameter cutter heads, with 3 mm feeding per head at a cutting speed of 180. One surface was produced without whistling or clattering; previously this could only be achieved with HSK63 machining centres.

The two axial tools from the EWS ProLine were equipped with 4:1 planetary gear sets and featured the VDI40 shank holder.

A large selection of tool holders and accessories can be found in our new online catalogue!